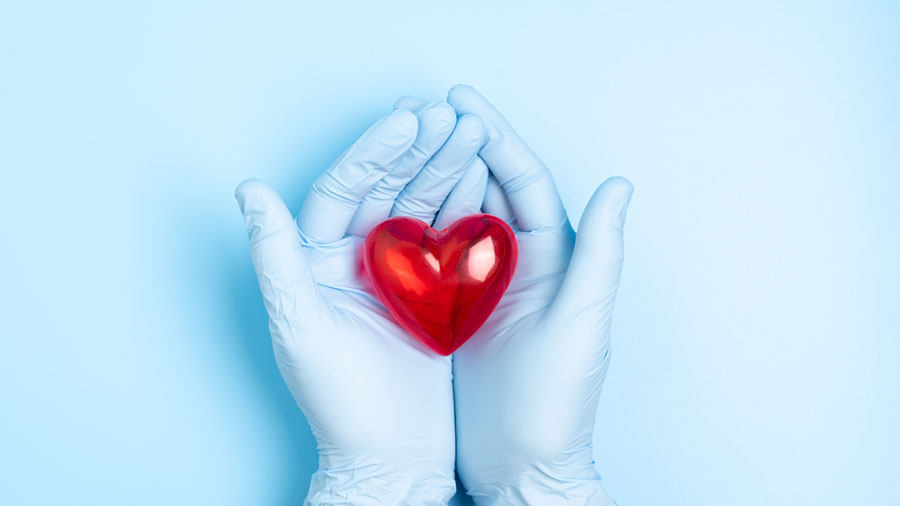 When Alex (Dick) Wright suffered a massive heart attack, doctors said he wouldn’t be going home and they didn’t expect him to survive; but that he did. 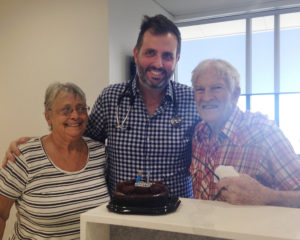 Dr Incani is an interventional cardiologist with a special interest in all aspects of quaternary level cardiac care including trans-catheter Aortic valve insertion (TAVI) and complex high risk angioplasty.

Dick, a retired Commonwealth meat inspector and Murgon cattle farmer, said meeting Dr Incani’s and his team was crucial in saving his life.

Dr Incani is part of the TAVI team at St Andrew’s War Memorial Hospital at Spring Hill, he is also a senior lecturer at the University of Queensland whose research involves intracoronary physiology and imaging.

Dick’s wife Lin has been by his side from when the heart attacks began in 1974.

“The doctors put a pace-maker and monitor in him thinking that would work, but it didn’t and when he had the massive heart attack, they said ‘you’re not going home’, Lin said.

“Because he had cancer and he’d just been through all the chemotherapy and radiation, they didn’t want to operate – we heard the stories that fresh air and cancer don’t mix. The cancer was notquite in remission but it was getting there.

“So, they asked if Dick would like to go on the new research team and that’s when we were introduced to Dr Incani.

“They replaced a couple of valves in his heart and we had no real problems for 18 months; then he had another attack but thank goodness he got over that without any further surgery.

“We sort of got over the heart attacks until the middle of last year when he had another and underwent surgery at St Andrew’s Hospital in Brisbane. He had one stent put in and during his recovery time had a couple more stents put in.

“We were living on the farm at Murgon but decided to move to Toogoom, a few kilometres north of Hervey Bay just before Christmas and discovered Dr Incani comes up to CVC Hervey Bay regularly. What a God-send for this area!

“We’re over the moon that he visits here and we don’t have to travel all the way to Brisbane now,” Dick said. “It’s the best thing in the world.”

Living closer to specialist medical treatment was the motive behind their relocation.

Lin said: “I couldn’t keep him off the tractor or stop him from fixing fences and shifting cattle.

“However, Dick kept having heart attacks and I was doing CPR in the yards and calling the ambulance. Then I said: ‘I’m getting too old for this; we’re going to the beach’.

According to the Australian Heart Foundation cardiovascular disease kills one Australian every 12 minutes.

How to fix a broken heart